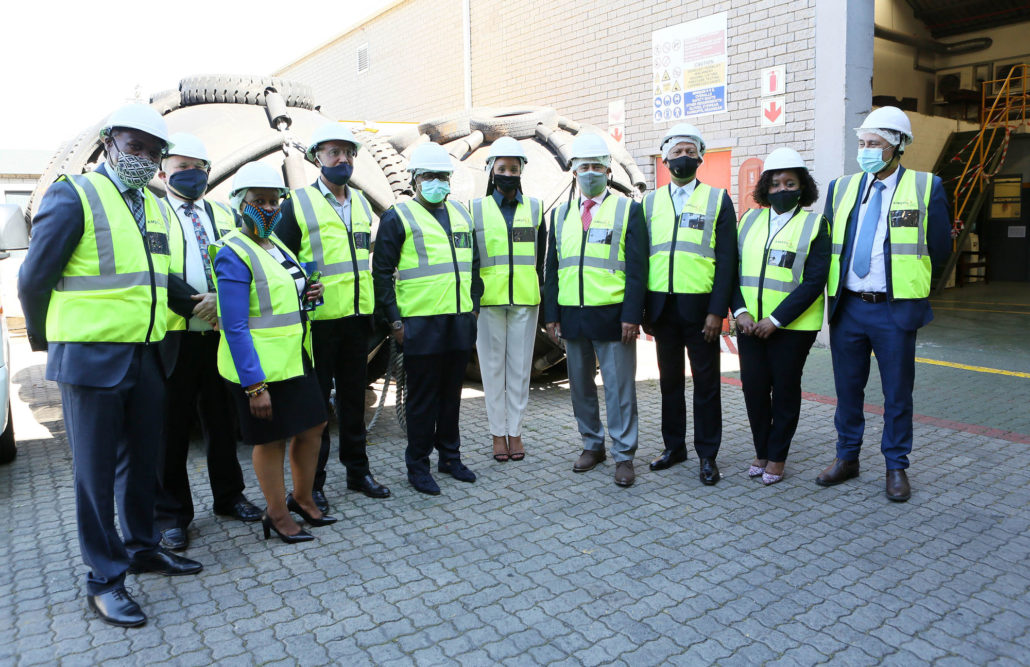 During proceedings, Minister Mbalula highlighted the important role played by the standby tug:
“The vessel on standby needs to be operationally prepared at all times to respond to a marine emergency; and its experienced and highly skilled crew committed to providing a quick and effective response when called upon to do so. The tug ‘SA Amandla’ has conducted emergency towage, salvage operations, wreck removals, search and rescue and environmental protection along our coastline for many years and it is the highly skilled Masters, Officers and Crew, as well as specialist equipment and shore based support personnel, that ensure these operations are completed effectively and safely. The Department is grateful for this preventative service as its goal is to ensure safety of life and property and to keep our coastline free of pollution from ships.”

A tour of AMSOL’s extensive equipment stockpile and warehouse facilities in Cape Town highlighted the depth of capability required to ensure an effective emergency response service. In addition to the services of the standby tug, this is one of the pillars of South Africa’s National Pollution Prevention contract underpinned by the service AMSOL provides to the Department of Transport.