AMSOL has secured a 5-year Vessel Management contract with the South African
Department of Environmental Affairs (DEA) with respect to the manning, management
and maintenance of the Antarctic Supply Vessel ‘S.A. Agulhas II’ and Environmental
Research Vessel ‘Algoa’. This entails the provision of an efficient crewing, procurement,
maintenance and management function, undertaken to international standards.

AMSOL’s Head of Strategic Sourcing Pumla Makubalo: “This contract is a powerful catalyst for the continued transformation of AMSOL’s supply chain and the maritime industry as it requires significant contract content to be sub-contracted to black owned small and medium sized businesses.”

Provision of skilled and experienced Masters, Officers, Crew and shore-based support teams for the Department’s vessels is supported by a robust talent pipeline. The Department has also utilised the ‘S.A. Agulhas ll’ vessel as a platform for training and transforming the maritime industry as a result of their commitment to investing in skills development.

The ‘S.A. Agulhas ll’ recently concluded her annual logistical and scientific voyage to Marion Island. Aboard the vessel was the Marion 75 expedition team, as well as a host of researchers and scientists from the Department of Environmental Affairs who conducted research in the ocean and on the island.

Early next year the vessel will embark on a 45-day voyage to the Weddell Sea off Antarctica; one of the coldest and most remote locations in the world. This international scientific expedition will see South African research organisations and scientists play a vital role. 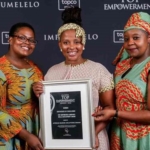 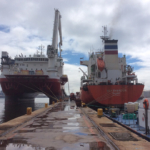