AMSOL has for many years been operational in Mozambique utilising the tug boat ‘Save River’ on numerous contracts including for harbor towage as well as offshore transshipment operations. The company recently expanded operations in the country after being awarded a contract by Italian Company ISS-Palumbo to assist in supporting construction activities on the Afungi Peninsula in Northern Mozambique, where ENI / Total are working on the Rovuma Liquefied Natural Gas (LNG) export facility being developed to liquefy and export gas resources from the Rovuma offshore gas fields. In servicing this contract, the company also welcomed the ‘Messalo’ to the fleet. The workboat will be utilized in Palma and Pemba, providing support to the vessels engaged in the construction of the gas terminal.

The ‘Messalo’ departed Cape Town in the first week of March and arrived in Pemba in the middle of the month, after stopping off in Durban and Beira. Operationally, the ‘Messalo’ has the function of providing tug assistance to barges and landing craft as they bring construction material onto the newly constructed Temporary Beach Landing Facility (TBLF). This will be superseded by the Marine Offloading Facility (MOF) which will comprise a quay and is also presently being constructed. Most of the heavy-duty construction material and equipment will come in via this facility once construction is completed. This is an exciting charter opportunity for AMSOL as marine construction activity is expected to increase in the area over the next 12-18 months. 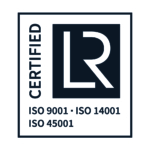 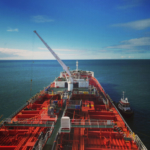 PROTECTING THE ENVIRONMENT KEY DURING FUEL TRANSFERS
Scroll to top