In early December, AMSOL participated in a number of events that coincided with the official opening of the Antarctic Season, hosted by the South African Department of Environment, Forestry and Fisheries (DEFF)  in Cape Town.

The exhibition and seminar held concurrently aimed to raise awareness about the strategic location of Cape Town as a gateway to Antarctica for international role players – as well as to showcase the important work carried out by the Department’s personnel and the icebreaking polar supply and research vessel ‘S.A. Agulhas ll’, which plays a crucial role in carrying out scientific research and supplying South African bases in the Antarctic, Marion Island and Gough Island. Representatives from Norway, China and India participated in relevant discussions during the seminar.

AMSOL manages the ‘S.A. Agulhas ll’ on behalf of DEFF. This entails the provision of an efﬁcient crewing, procurement, maintenance and management function, undertaken to international standards.

The ‘S.A. Agulhas ll’ is currently undertaking her annual Summer Cruise to Antarctica where she is due to perform a number of tasks over the next few months. These include the important exchange of personnel, stores and equipment at the South African Government’s SANAE base, as well as climate and oceanographic research.

The vessel departed on Tuesday, 10th of December and is due back in Cape Town in February 2020. 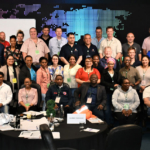 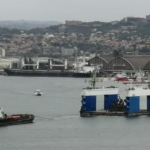 ‘S.A. AMANDLA’ – WORTH HER WEIGHT IN GOLD!
Scroll to top